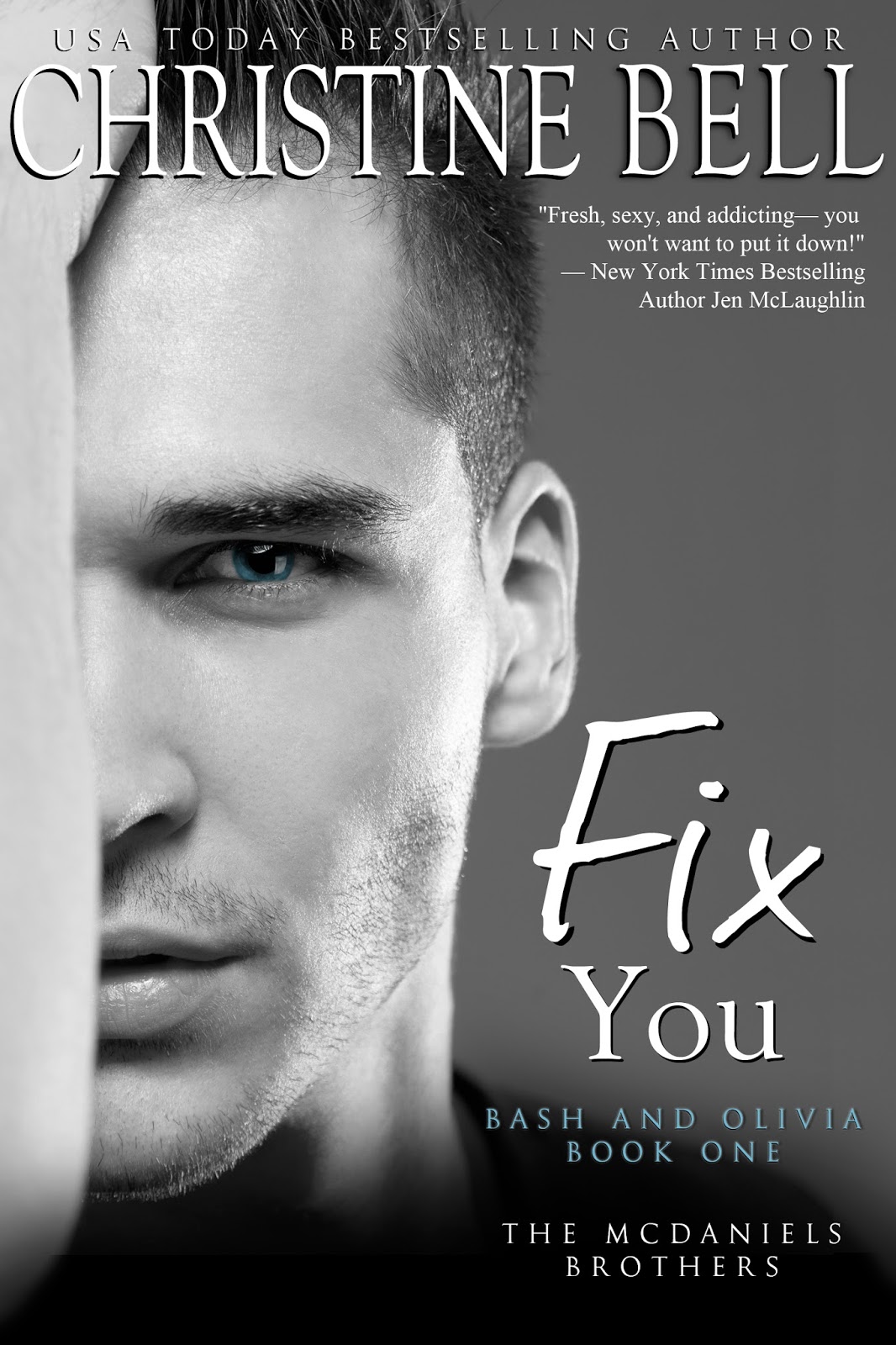 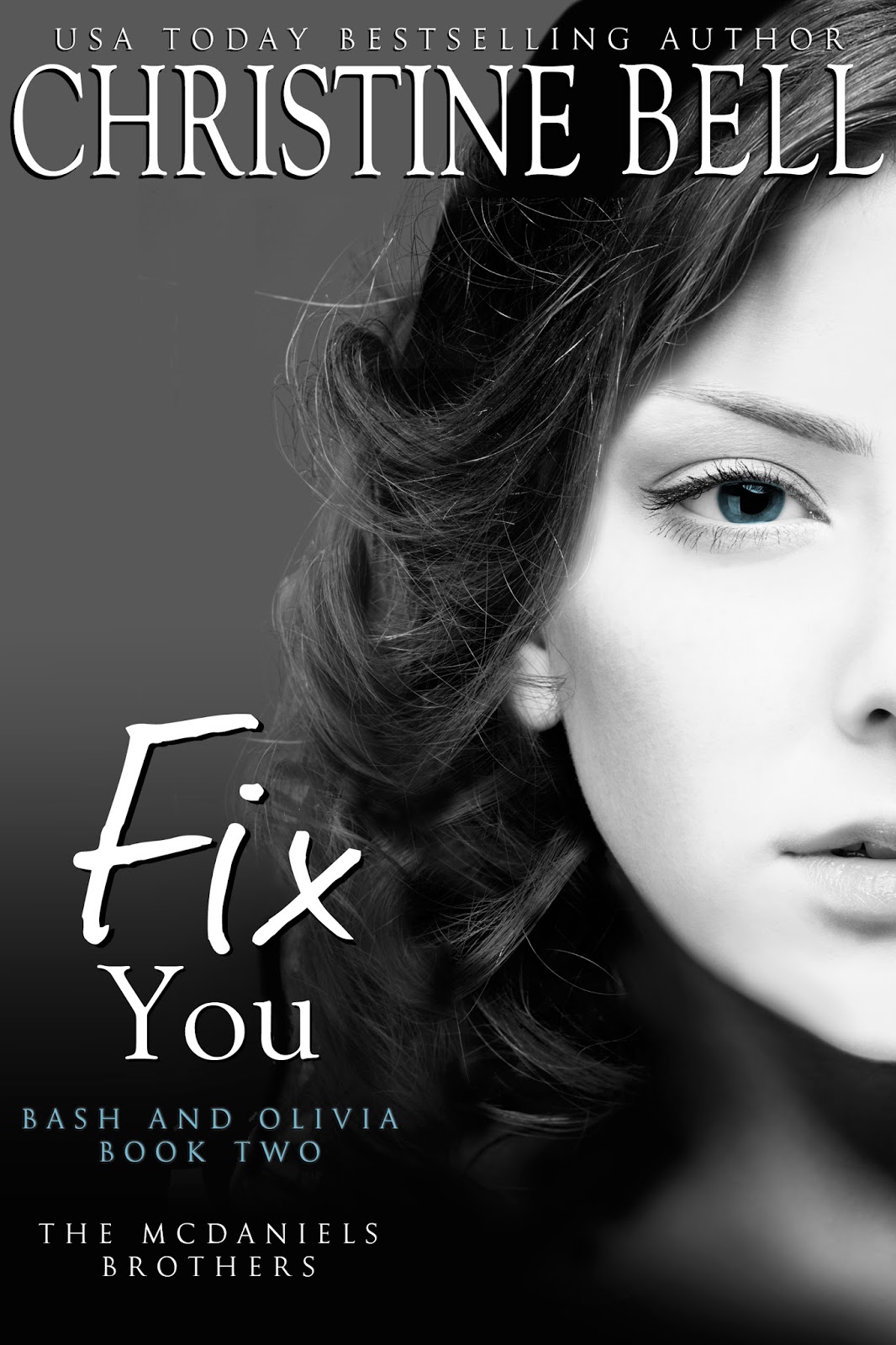 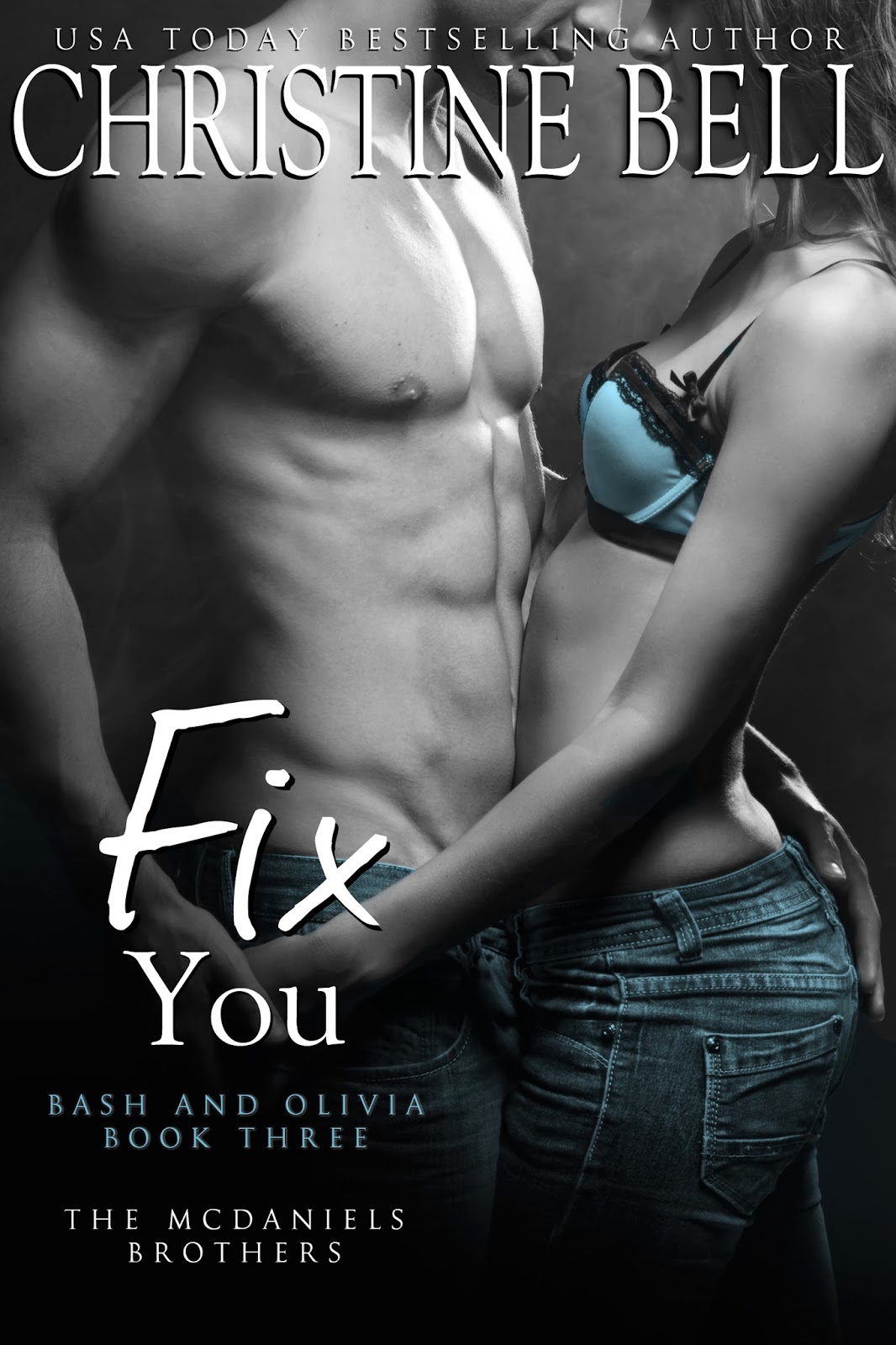 And it's cover reveal day, SQUEE!!! Here they are. Fix You, books 1, 2 and 3, Bash and Olivia's story. Covers by the FABULOUS Dee Tenorio of Laideebug Digital! I'm. In. LOVE. Can't wait for you guys to meet the McDaniels brothers. Book 1 ARC's for review will go out in ten days, so if you want to put your name in for one, here's that link! Want to add it to your Goodreads pile? Here!

And now for the blurb and a leetle excerpt:

He'll fight for her at any cost...

Olivia Beckett’s once-charmed life is falling apart. Her family is about to lose everything, and she has almost no chance of continuing her college education. She can’t even seek solace from her high school sweetheart. He’s changed. She doesn’t recognize the boy she used to know— his violent behavior is escalating and it scares the hell out of her. Her whole world is crumbling, and she has no one to turn to...

Sebastian “Bash” McDaniels is an up and comer in the boxing world working nights at the local college bar until he can land the fight of his dreams that will get him the hell out of Boston and away from his family’s tragic past. He’s weeks from his goal when Olivia Beckett comes tumbling into his life in a flash of silky dark hair and haunted eyes. When he saves her from a potentially brutal beating, they begin to grow close, but Olivia’s ex isn’t ready to let her go so easily. Bash can’t bring himself to walk away, but fixing Olivia just might leave him broken…

His breath was warm against my lips and I tipped my face toward him like a flower to the sun. “I don’t know. I just…” And then I did it.

I leaned in that last little inch. I wish I could say I thought it through, but my brain wasn’t part of the process. It was all feels. Like my very soul was straining toward his, and my body was just a shell waiting for direction from somewhere deep inside me. I couldn’t have stopped it if I tried.

When our mouths touched what felt like an eternity later, the night sky seemed to let out a sigh. Thisss. This was the thing I’d been waiting to feel. The thing people wrote about in books and sang of in songs. The thing that made the pain of the past few weeks fade away until there was nothing left except me and Bash.

A low growl came from deep in his throat and he closed his hands over my hips, thumbs pressing into my flesh in a way that turned my stomach into a pool of taffy. But an instant later, the kiss went from sweet to off the rails. His mouth slanted over mine, teeth and tongues clashing like it was war.

A war inside me, at least. My brain had popped back into gear and I knew with every fiber of my being that what I was doing was wrong. I needed to stop, but my body was so not on board with that plan. Instead, I pressed closer, mashing my breasts to Bash’s chest, moaning into his mouth when the heat of his hard body seeped into mine. More. He anchored me to him, crowding me backward until I felt the hard scrape of brick against my back. Our bodies were flush now, and he speared a hand through my hair. It was madness. All-consuming madness.

“Liv?” He’d pulled back a scant inch to mutter my name before dipping back in to nip my bottom lip hard. I gasped, stunned at the sensation. It stung, but sent a bolt of need slamming through me so hard, my knees trembled.

“Liv?” he said again, before tracing my bottom lip with the tip of his tongue.

“I-if you want me to answer you, stop doing that,” I whispered desperately.

“Doing what?” His voice was low and husky, like his throat was raw from screaming. Or tight with need. He was as far gone as I was. Every nerve ending fired at once and, helpless to stop it, I flexed my hips against his in a slow grind.

“Kissing me,” I croaked, and paused to moisten my throbbing lips. “And…touching me.”

STAY TUNED FOR MORE OF FIX YOU, coming March 31st! Want exclusive content, entries into monthly contests, and insider scoop on this series and other upcoming releases? Sign up for my newsletter. I promise to respect your inbox!
Posted by Christine Bell at 8:25 AM 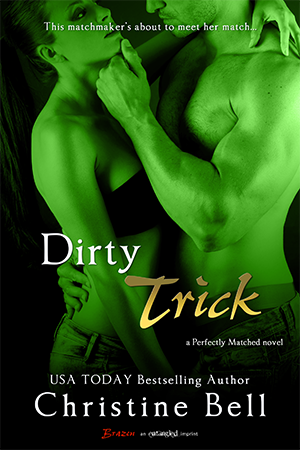 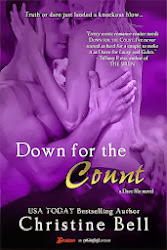 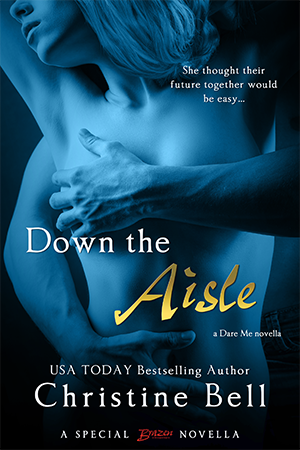 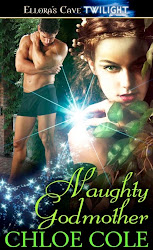 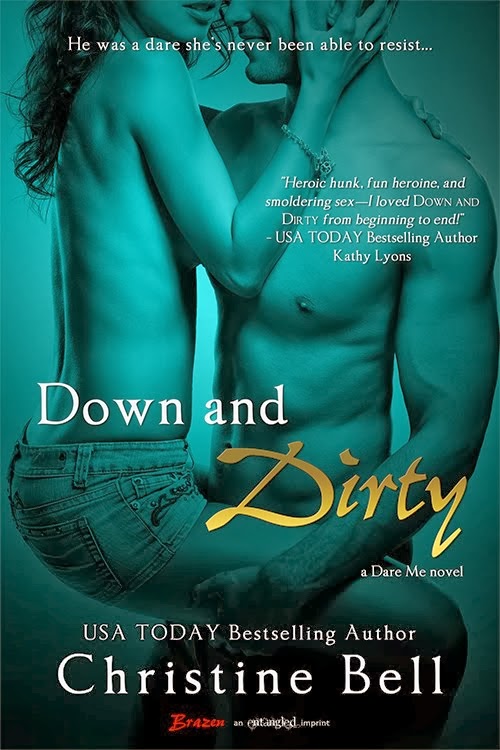 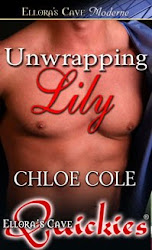